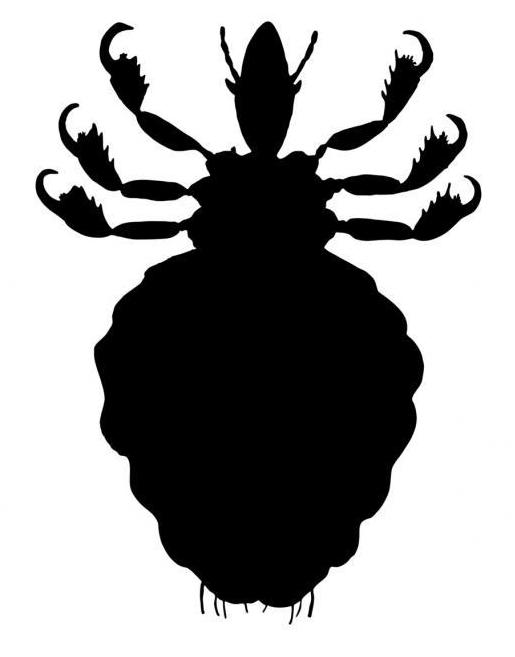 Dr Greengood’s mission is to provide “safer solutions to your insect problems”! Our 100% non-toxic to humans and pets products are important because your family’s safety is at risk and can be adversely affected in very dangerous ways. In fact, concluding a seven year study, the Center for Disease Control has said that in some cases you are better off suffering insect bites than to be subjecting yourself and your family to the known consequences of having come into close contact with the toxins used in many common pest control products.

Following are some facts on head lice and on the poisonous and other so-called safe insecticides used to treat them:

The head louse is a parasitic insect that can be found on the head, eyebrows and eyelashes of people. Head lice feed on human blood and prefer to live in close proximity to the human scalp. Head lice are spread by direct contact with the head of an infested person. This type of contact is quite common during play at school, at home or other group activities.

The very real health risk associated with these insects come in the form of louse born diseases such as typhus, trench fever, relapsing fever, ricksettial diseases, hepatitis B virus and further secondary infections and irritations from scratching their bites.*

The head louse is found in three forms: the egg or nit, the nymph or immature louse and the adult. Both the nymph and adult must feed on blood to survive and the nits are laid by the females and firmly cemented to hair shafts close to the scalp. The nits are particularly difficult to see, being so close to the scalp, and on those with long hair the problem is made more difficult. Head lice can also be spread by sharing clothing or belongings and also by lying on a bed, couch, pillow or carpet that has recently been in contact with an infested person. People experiencing a head lice infestation can feel a tickling feeling in their hair or something moving. Itching caused by an allergic reaction to the lice bite, irritability and difficulty sleeping (head lice are most active in the dark) and sores on the head caused by scratching can also occur. These sores can sometimes become infected with bacteria found on the human skin or under human finger nails**.

Recently, head lice have shown substantial resistance and in some cases complete immunity to the most common over-the-counter (OTC) treatment products. Though now showing little effect in eliminating head lice infestation, the most common treatment for head lice has been a few OTC products all containing the poisonous chemical pyrethrin.

It has been generally believed, for many years, that these pyrethrin based products showed little risk, but current research on pyrethrin based insecticides have proven them to be a substantial health risk. The University of California at Davis and University of California at Los Angeles Schools of Medicine published a research study in 2014 (Pesticide Regions Linked To Autism) which showed that pregnant women who lived near areas where agricultural pesticides were applied demonstrated a significantly higher risk (60%) of delivering children with autism and other developmental delay issues.*** The University studies measured risk where the victims were no closer than one-half mile. It is reasonable that direct contact, with these pesticides, would most likely push risk factors to much greater than 60%.****

It was found that the more these chemicals were used the greater the likelihood of the insects developing immunity. Many people have now been putting a poison on their child’s hair or on themselves, with the very real risks associated with using that poison, only to find that it is ineffective and they are still left with the head lice problem and its potential health ramifications.

A study published in the March 2014 issue of the Journal of Medical Entomology found that 99 percent of the head lice collected by school nurses in 12 states and three Canadian provinces were genetically resistant to permethrin (pyrethrin)*****.

There are also a number of prescription treatments available for head lice and they are all very expensive ($50.00-$100.00 an ounce) and all come with their own health risks*****. Other so-called “safe” treatments either have no independent laboratory testing, or field testing, to support their claims or are nothing more than a liquid suspension of table salt. It has been shown that table salt can kill head lice, but there are some very definite practical application problems. A table salt solution must be left on a child’s head for as long as an hour and can create substantial itchiness and irritation and that is if one can even get their child to sit still for that period of time, in order to be subjected to the treatment.

Not withstanding the fact that the salt products require that they be left on the scalp for an hour, there also seems to be an additional question as to the actual efficacy of over-the-counter table salt treatments. The concern is that they may not contain enough salt to do an effective job.

Dr Greengood’s Lice Killer is formulated for topical applications and simply needs to be sprayed on and its devastating killing power begins to work within minutes.

Dr Greengoods Household Lice Killer is formulated to be used to treat furnishings, carpeting, clothing and bedding, which cannot be done with a table salt solution. Dr Greengood's Household Lice Killer also contains unique residual compounds, which will adhere to all treated surfaces and continue to kill, for 90 days after application, It is water soluble and will need to be reapplied only after washing. We are very proud to support our claim with our “ Field Test Certification” from the prestigious American Academy of Entomological Sciences (AAoES)******.