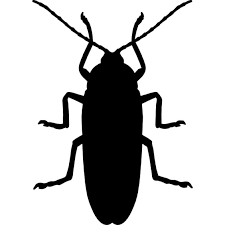 Dr Greengood’s mission is to provide “safer solutions to your insect problems”! Our 100% non-toxic to humans and pets products are important because your family’s safety is at risk and can be adversely affected in very dangerous ways. In fact, concluding a seven year study, the Center for Disease Control has said that in some cases you are better off suffering insect bites than to be subjecting yourself and your family to the known consequences of having come into close contact with the toxins used in many common pest control products.

First the base for more than 1700 toxic pesticides include pyrethrins, organophosphates, carbamates and organochlorines. The commonly available pesticides, made from these chemicals, have been shown to be linked to cancer, lung disease and autism. It is also well recognized that children under the age of 10 are most susceptible to life time disabilities and sometimes death.

Second, while many of the commonly used solutions are extremely dangerous to human beings and the environment, it is also true that many of the insects they are used to control are also the source of serious disease and some can cause death.

Following are some facts on cockroaches and on the poisonous and other so-called safe insecticides used to treat them.

Cockroaches can be far more than just an unsightly nuisance insect crawling around your kitchen, bathroom, or other areas of your home. They are known to carry serious diseases and have been proven to potentially spread 33 kinds of bacteria, including:

more than seven other types of human pathogens.*

They have also been found to trigger an allergic reaction in many people, which in certain cases actually leads to the development of asthma in both adults and children.*

It has also been found that cockroach allergy was associated with more severe asthma among elderly asthmatics in New York City.* Cockroaches transmit these harmful microbes from contact with their body parts, saliva or feces and this can occur both from a cockroach coming in direct contact with a human or possibly even from touching something with which a cockroach had previously been in contact.

Controlling a cockroach infestation in the home has typically been done through the use of roach bait products and over the counter pyrethrin based poisonous insecticides. Current research now proves that cockroaches have developed an increasing resistance to these baits and insecticides, as they often no longer work to control a cockroach population.**

This situation is especially troublesome, for the humans utilizing these poisons, as they create a double health risk: those directly associated with the use of pyrethrin based poisons in the home and those related to the presence of the cockroaches being ineffectively treated, as discussed above. Current research on pyrethrin based insecticides have proven them to be a substantial health risk. The University of California at Davis, University of California at Los Angeles Schools of Medicine published a research study in 2014 (Pesticide Regions Linked To Autism), which showed that pregnant women who lived near areas where agricultural pesticides were applied demonstrated a significantly higher risk (60%) of delivering children with autism and other developmental delay issues.*** Other studies have also linked pyrethroids to respiratory ailments, cancer, heart palpitations, nausea and disruption of the endocrine system****. Using these pyrethrin based pesticides also serves to turn your home into a “pesticide region”.

Many consumers now understand the dangers of using poisons around the home and this has given rise to an entire new segment of cockroach treatment products; the so-called “safe” insecticide. Dr Greengood’s Cockroach Killer falls into this category of treatment product and we are quite proud to state that we are the only safe cockroach treatment product that has true third party independent laboratory testing certifying both our safety and efficacy*****. Other so-called safe products make claims that they are safe and effective, but nothing else on the market actually has that true third party independent testing to scientifically support their claims.

If you were to examine the main ingredients of any of these other so-called safe products you will find compounds listed such as sodium lauryl sulfate, which is primarily used in cleaning products, sodium chloride, or common table salt, various essential oils used in aromatherapy products or fragrances, and fruit and floral based compounds, used in food and beverage products. The point is that if you were to research any of these compounds mentioned above you would find that not a one of them has ever been tested or certified as to their efficacy in killing cockroaches.

Dr Greengood's has been tested, in the lab, and we proudly provide a copy of our testing certification letter right on this website, as tested at the world renown American Academy of Entomological Sciences (AAoES)*****. Dr Greengood’s Cockroach Killer has been found to be composed only of elements termed GRAS, Generally Regarded As Safe and at the same time effective in killing and controlling cockroaches, exactly as we claim.